MIC cell treatment is a curative ATMP approach to achieve a sustained regulation of the immune system in transplanted and autoimmune patients.

Since our first steps in 2015 and the foundation of TolerogenixX GmbH in 2016, we have never tired of fighting for our idea of personalized immune modulation.

MIC-Lx is a cell therapy prepared from an organ donor’s peripheral blood mononuclear cells (PBMC) obtained by leukapheresis. Cells are modified using TolerogenixX´ proprietary MIC technology and, subsequently, MIC-Lx is intravenously administered to the organ recipient prior to transplantation.

The TOL-2 trial is planned to enroll 63 transplant couples, consisting of a donor and a transplant recipient. The 63 organ recipients will be randomized 2:1 to treatment with MIC-Lx (MIC group, N=42) or immunosuppression according to standard-of-care (control arm, N=21). Follow up will be conducted 367 (±28) days after MIC application, corresponding to 360 days after transplantation of the living kidney. In addition, a long-term follow-up will be performed for 2 years after the 12-month follow-up period.

Endpoints have been chosen to determine efficacy of MIC treatment in terms of achieving an operational tolerance-like phenotype compared to standard-of-care, among them absence of biopsy-proven acute rejection, graft loss, graft dysfunction, or death on visit day 367 as well as absence of de novo donor-specific human leukocyte antigen (HLA) antibodies. Secondary endpoints comprise, among others, the number of patient-relevant infections during the first year after transplantation.

The Company previously completed the TOL-1 Phase Ib study, in which kidney transplant patients successfully achieved immune tolerance and absence of organ rejection, based on three-year follow-up data. These results were very positively received in an editorial alongside the publication in the Journal of Clinical Investigation in 2020. TolerogenixX also has completed multiple preclinical studies demonstrating application of its technology to achieve antigen-specific immune tolerance and disease-modifying effects in a broad range of autoimmune diseases.

“We are very much looking forward to the start of this important multi-center trial,” said Prof. Dr. Matthias Schaier, CEO of TolerogenixX. “We have already demonstrated efficacy in our Phase Ib trial, and our goal is to prove safety and efficacy again in a broader patient group. If we succeed, MIC-Lx could be the first approach transforming organ transplantation into a truly curative treatment. Patients may need less or short-term medication, have fewer side effects and, most importantly, would be able to fully recover and live a normal life. We are also extremely excited about the potential of our approach in autoimmune diseases.”

PD Dr. Anita Schmitt, CTO of TolerogenixX, added: ”MIC-Lx is an Advanced Therapy Medicinal Product (ATMP) that can be easily manufactured and has no side effects when administered to patients.”

“In our previous clinical study, patients did not experience graft rejection or de novo HLA antibodies, while retaining full immune competence against bacteria and viruses,” said Prof. Dr. Christian Morath, CSO of TolerogenixX. “In addition, graft function was excellent, and it was possible to markedly reduce administration of standard immunosuppressive drugs, so that patients experienced fewer side effects as compared to standard of care.”

MIC treatment is a personalized cell therapy approach modulating the immune system via a novel mode of action to achieve a specific and sustained immune tolerance. It can not only be applied to transplant recipients, but also to patients with autoimmune diseases such as systemic lupus erythematosus and multiple sclerosis.

MIC production is fast, safe, and effective. MIC can be manufactured within 24 hours, using cells obtained by leukapheresis. Due to a standardized procedure, MIC production can be scaled up easily and made available globally using the proprietary approach developed by TolerogenixX.

TolerogenixX closes a financing round with several investors in the amount of € 4.1 million

TolerogenixX filed new IP in the field of organ transplantation

Participation at the Cell and Gene Congress in Barcelona 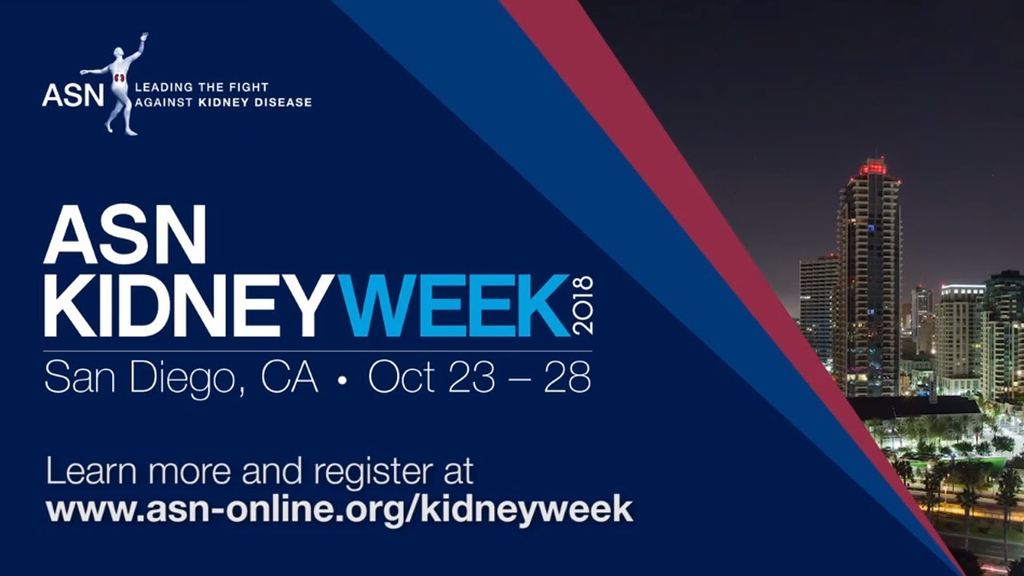 TolerogenixX gave a talk to “Induction of donor-specific immunomodulation by clinical MIC cell infusion – a phase I study (TOL-1)” at the annual congress of the German, Austrian and Suisse Society of Hematology and Medical Oncology in Vienna.

TolerogenixX publishes the TOL-1 Study in Journal of Clinical Investigation 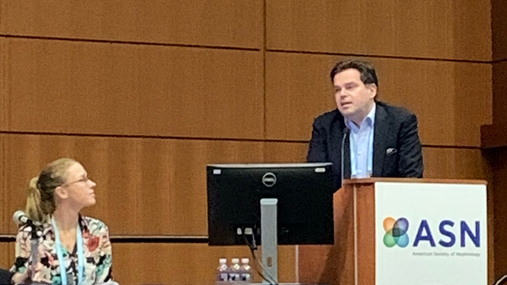 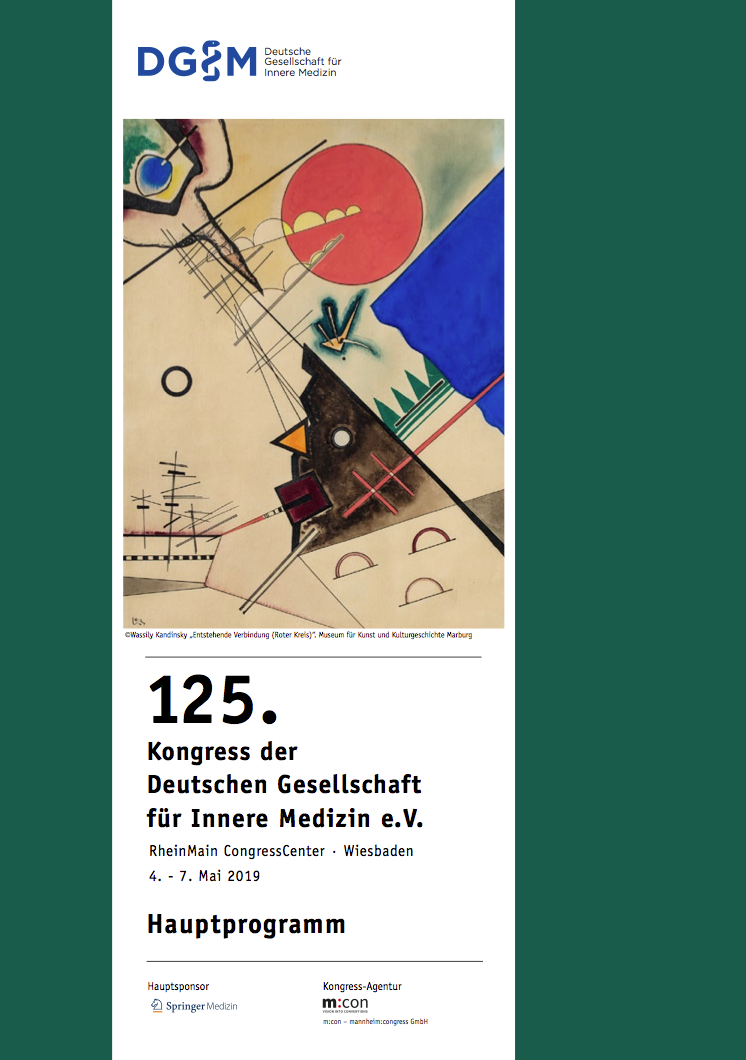 Award for the 1st prize-winners of the Venture Cup 2015

The science4Life e.V. office is pleased to announce the Tolerogenixx-Team as the winners of the Venture Cup 2015 and to officially hand over the seal of quality to them.

The founders of Science4Life e. V. the signs point to success:

At the final award ceremony at the Deutsche Bundesbank's head office, the winning teams received not only plenty of praise but also prize money totalling 56,000 euros. The first prize was awarded to TolerogenixX for the development of a tailored therapy without side effects in transplantation and for patients with autoimmune diseases. 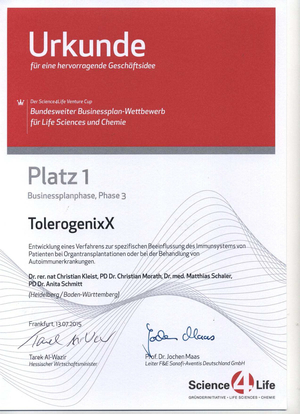